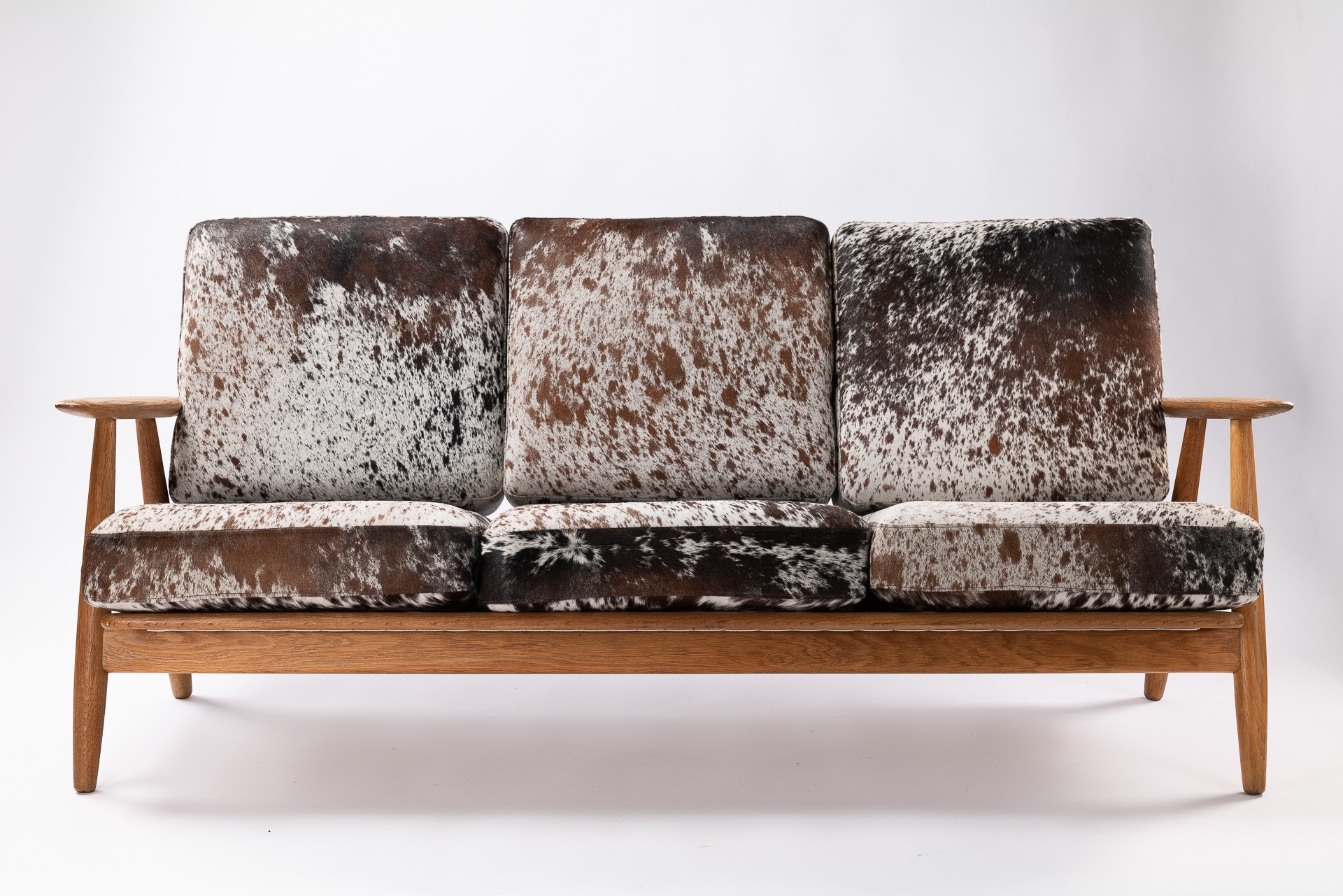 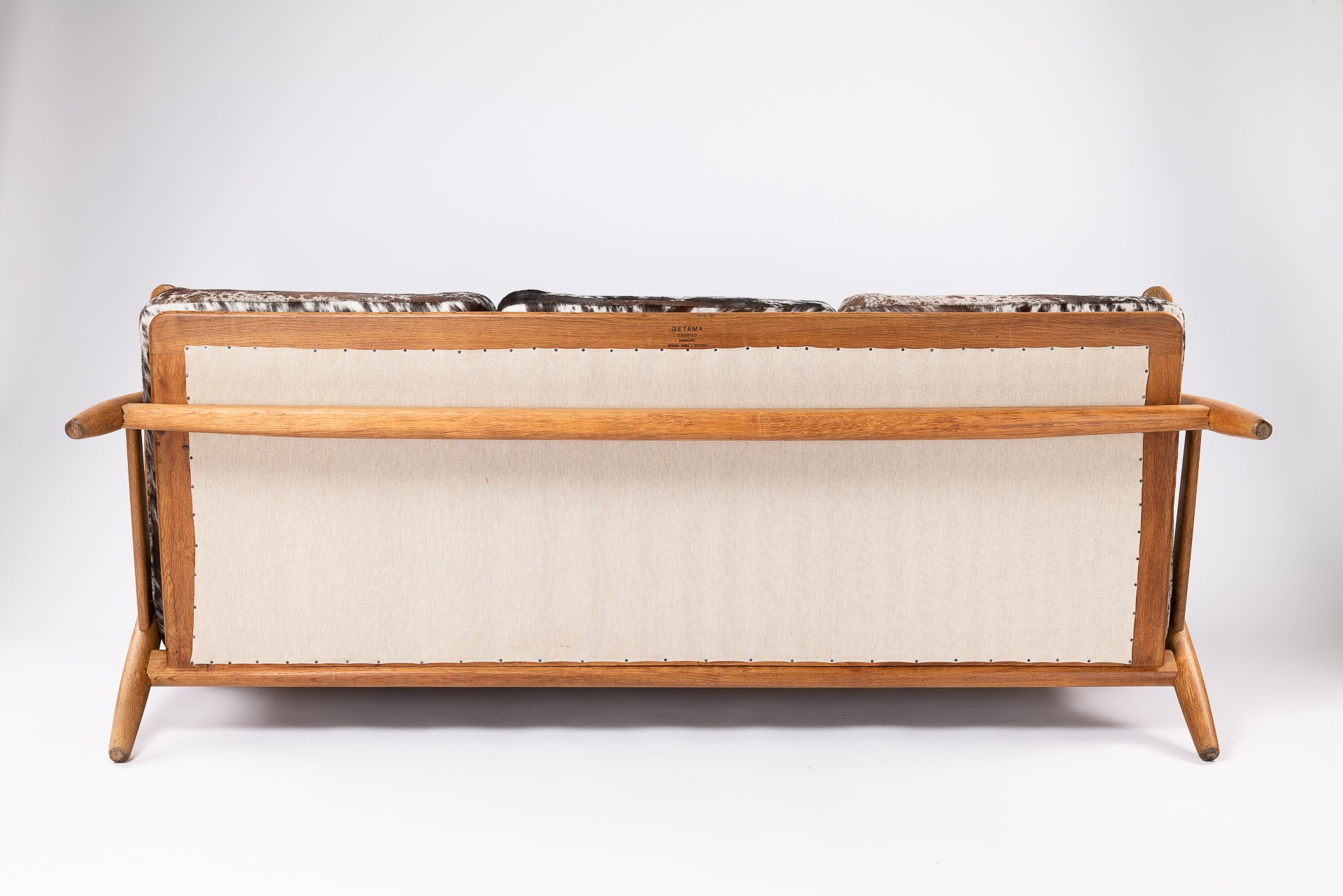 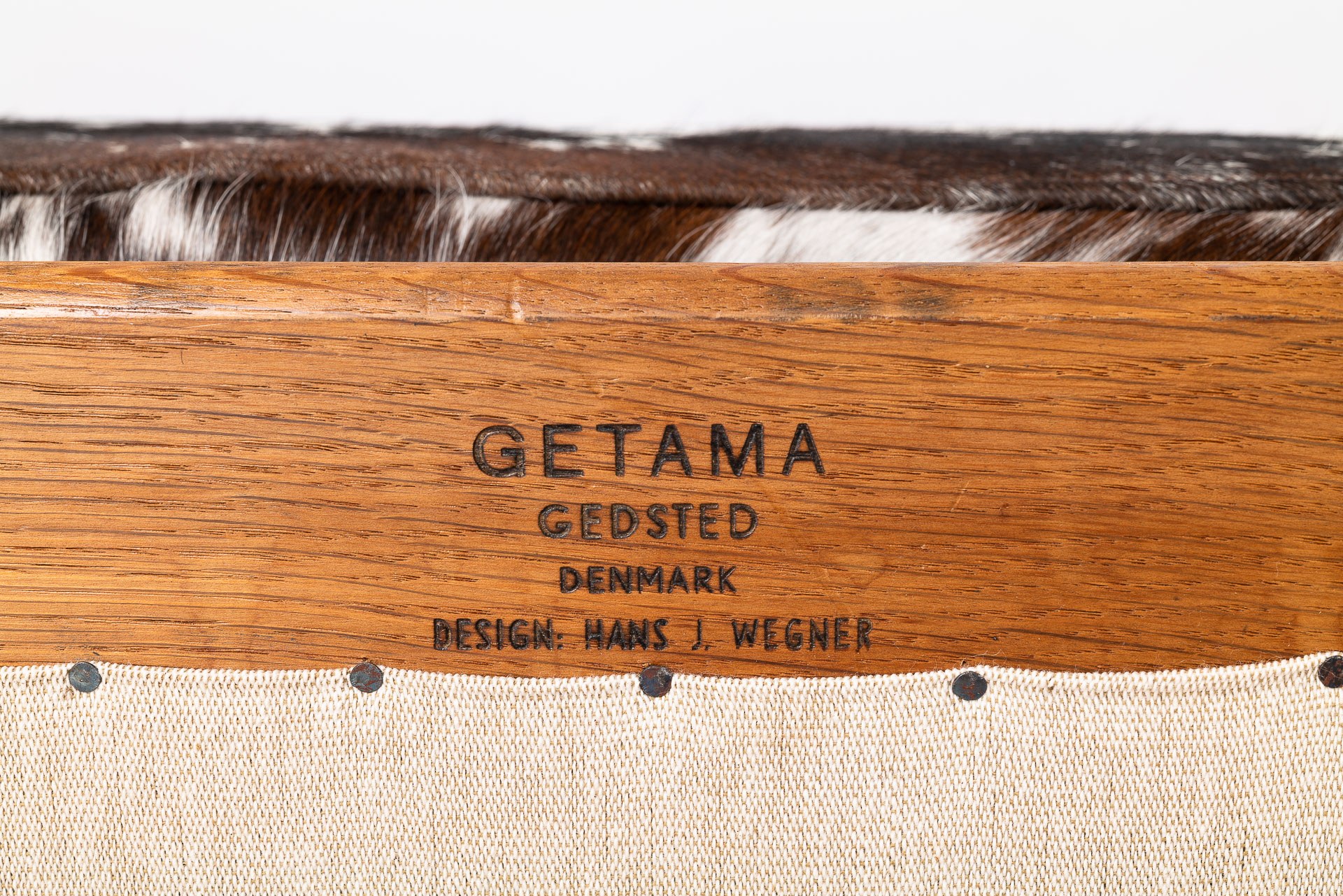 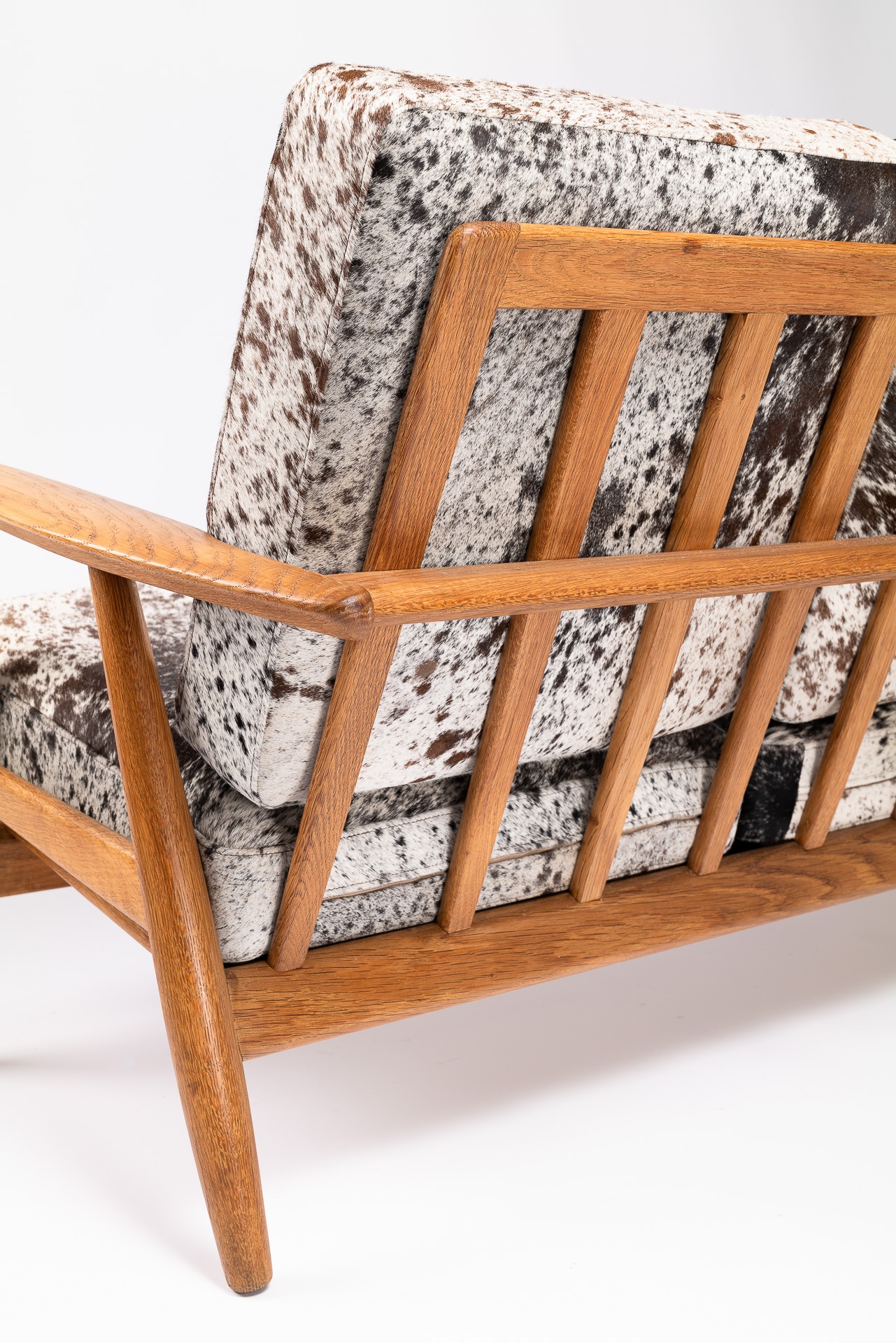 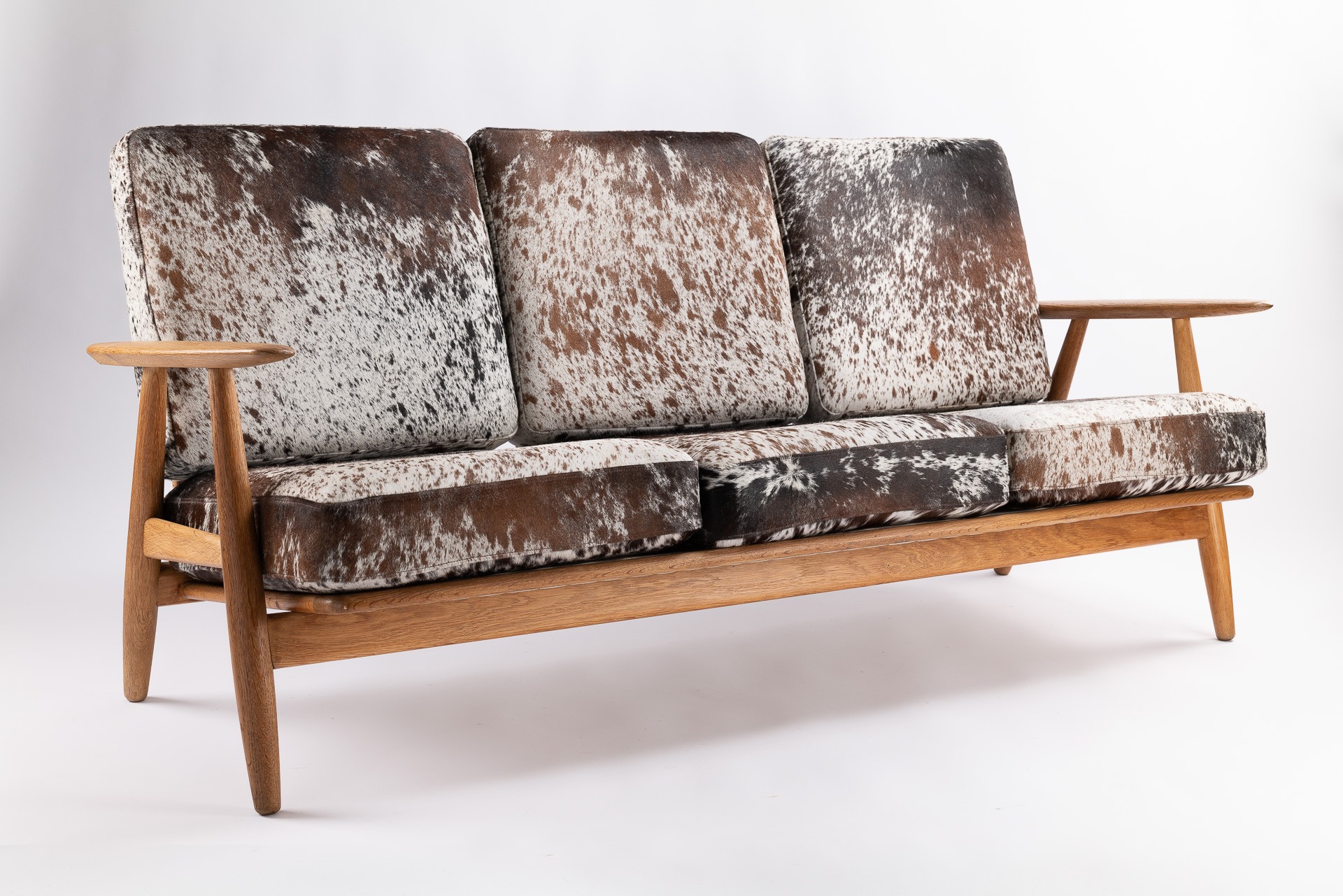 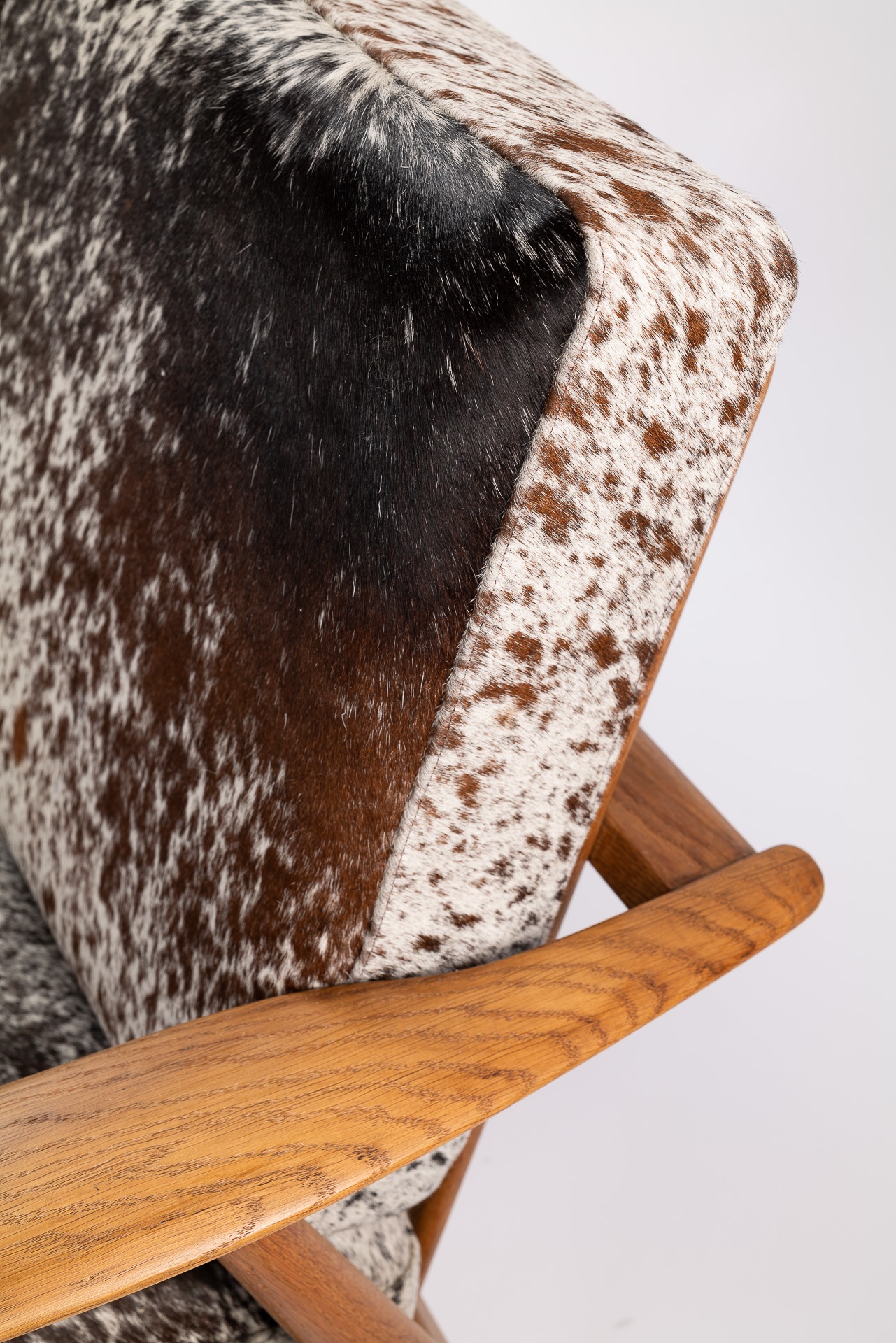 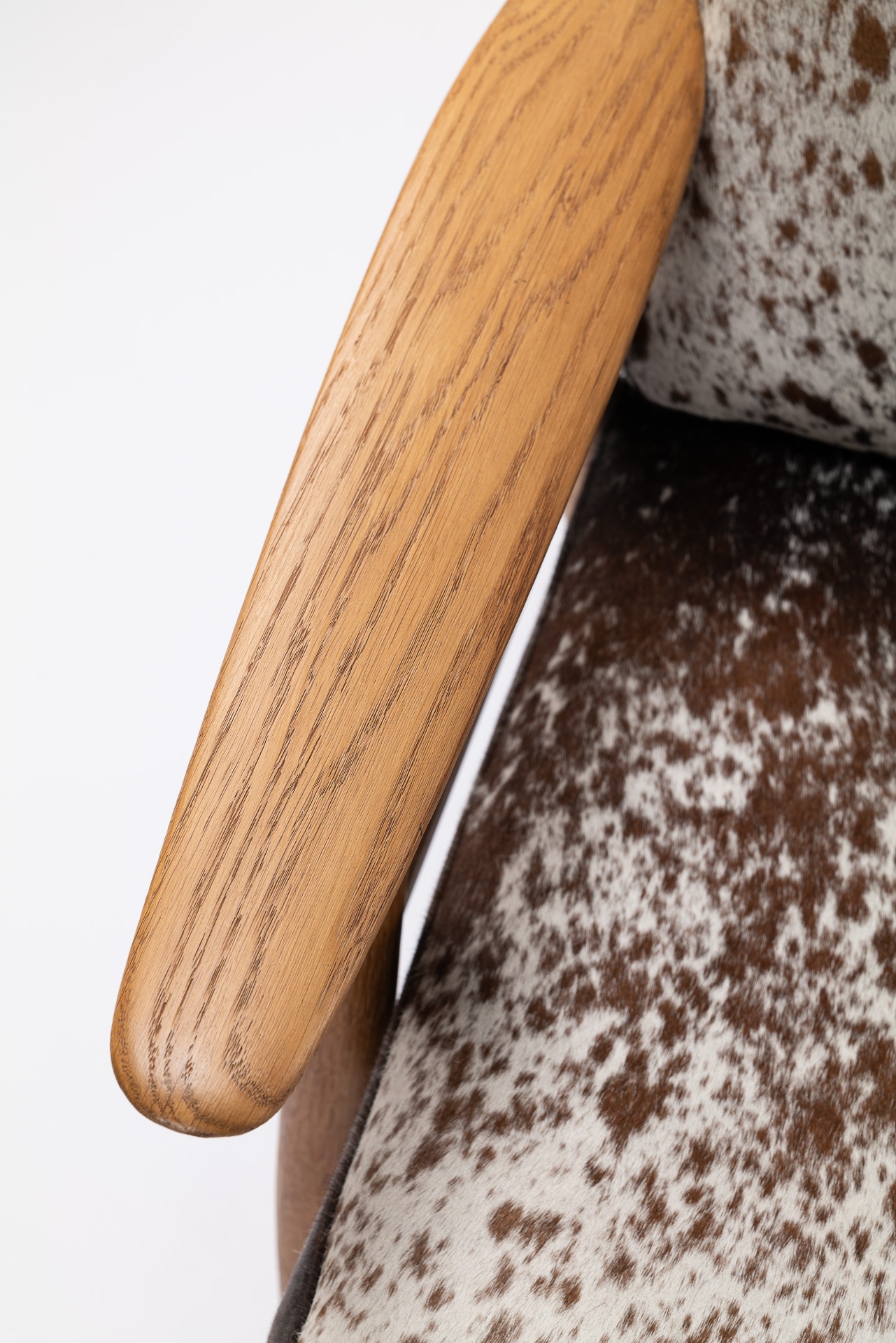 One of the most important and influential designers in the history of design, Hans J. Wegner (1914-2007) is considered to be a driving force behind the Danish modern movement of the mid-20th century, an era that forever changed the way we look at furniture.

Three-seater sofa designed by Hans J. Wegner model “GE-240/3” also called “Cigaren” because of the shape of the armrest.

Produced by Getama, Gedsted in Denmark in the 1950s. All the original woolen frame and upholstery are from the 1950s.

To be kept informed of our news
subscribe to our newsletter